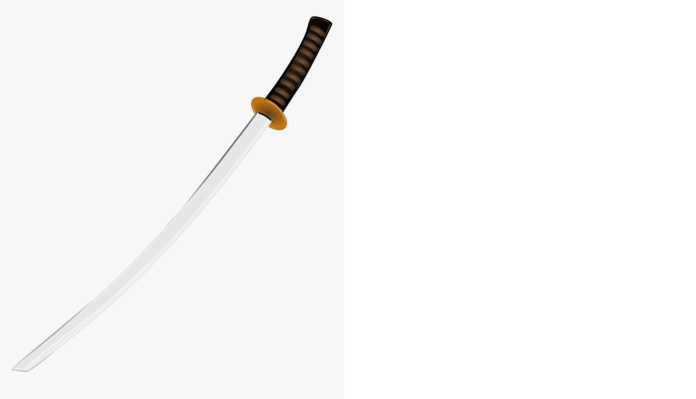 The Japanese samurai were a group of elite warriors. They majorly make use of swords in their duties. Most importantly, the samurai were bound by certain codes. Becoming a samurai was an extreme honour and a privilege. All those who eventually became samurai were pillars of their communities and were looked up to. They could be said to be similar to the English knights. The Japanese knight made use of swords. This is because swords were considered to be the ideal weapon for the nobleman. This opinion is still shared by many today.

The Japanese samurai is expected to be able to remain strong in battle while becoming calm when necessary. This is similar to a sword. Extremely sharp and deadly when used appropriately; but seemingly harmless when sheathed. The samurai swords are one of a kind.

While other swords focus on weight and effectiveness. The Japanese samurai` sword in addition to the features mentioned above is incorporated with an air of elegance. An aesthetic feeling is one of the most attractive features of the samurai sword. However, this is in no way a weakness. It is one of the most endearing qualities of the samurai sword.

A Japanese samurai usually carries two swords. This is a vital part of the Japanese samurai culture. One long sword and one short sword. These two swords together are referred to as “daisho”. This term was coined somewhere between the 1500s and the 1600s. Nevertheless, the carriage of two swords by the samurai has been a practice long before then.

Although the katana and tachi are used interchangeably can both serve as long swords in the “daisho” concept, they have slight differences. A particularly interesting difference is that the Tachi came first. Also, the katana is just a straighter form of the tachi.

In conclusion, the samurai sword is one with a long history. If you decide to get one contact master swordsmiths with sufficient experience.