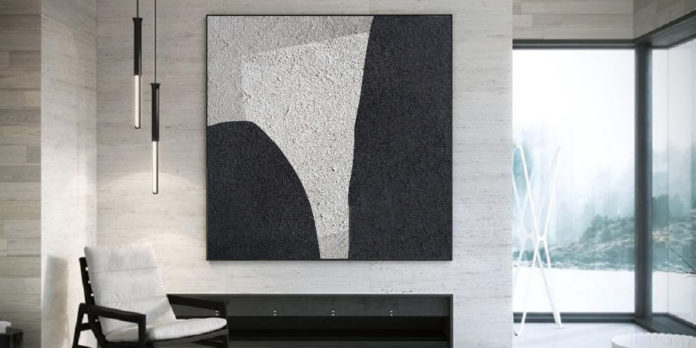 In 1950’s New York, artists like Donald Judd, Dan Flavin, and Robert Morris were still expressing themselves in the prevalent abstract technique. At the same time, they were trying to push towards a new form of expressionism inspired by European art styles. Groups such as the Russian Constructivists, German Bauhaus, and the Dutch De Stijl had their first minimalist paintings on display at various New York museums. These groups promoted new styles by going beyond the accepted norms in sculpture and painting. Minimalism itself is an aesthetic principle that can be expressed in different ways by different people. Let’s focus on a short history of minimalist art.

A short history of minimalist styles

The idea is the concept of “less is more” is highly elastic and fluid. Artists can apply it to many scenarios, including literature, art, fashion, lifestyle, home décor, and music. Between 1800 and 1850, David Thoreau and Ralph Waldo Emerson popularized the philosophy of minimalism.

In their view, artists could only attain enlightenment and insight through simplicity and solitude. The perfect example of this is available in the book Walden. This first spark ignited the flame that would eventually become minimalist art, including minimalist painting.

Between 1920 and 1930, the era of elevated design took hold. This involved finding a balance between utility and beauty. In the Bauhaus Era, an alternative to boring conventional products and art was put forth.

Minimalist expansion took off in the years between 1960 and 1970. Even the term ‘minimalism’ caught on in this period. Young artists of the time decided to go against the mainstream artistic styles.

It was at this point that artists started removing the metaphors and storytelling from their paintings and sculptures. Instead, they focused on simplistic words, industrial materials, and lots of white space.

The 1980s to 2000 saw a significant rise in minimalist painting and living arrangements. In addition to the “slowness” movement, proponents of the minimalist movement were openly against the fast accumulation of experiences and property.

From 2000 to the present, minimalism went mainstream and became the de facto standard in various art styles, including blogging. The movement became so prevalent that people took to throw-away lists, no-shopping contests and continued producing minimalist paintings.

Appreciating the art of various types, including minimalist painting, has social, emotional, and mental benefits. According to various experts, minimalist living has its advantages, including increased creativity and more time to take care of essential matters.

Research shows less clutter in one’s life and less to stress about when one adopts a minimalist outlook towards life. For creative, the absence of the usual barrage of stimuli from all directions is a definite advantage.

In life, as in art, minimalist concepts make you appreciate negative space and make you take notice of each piece’s focal point.

Minimalism originally started in New York in the early ‘60s. The artists behind it renounced abstract and other mainstream art forms as academic and stale. The new art forms, including minimalist painting, favored the cool over the more dramatic and emotional. In the end, minimalist art triumphed through sleek, geometric art styles that won many fans over.