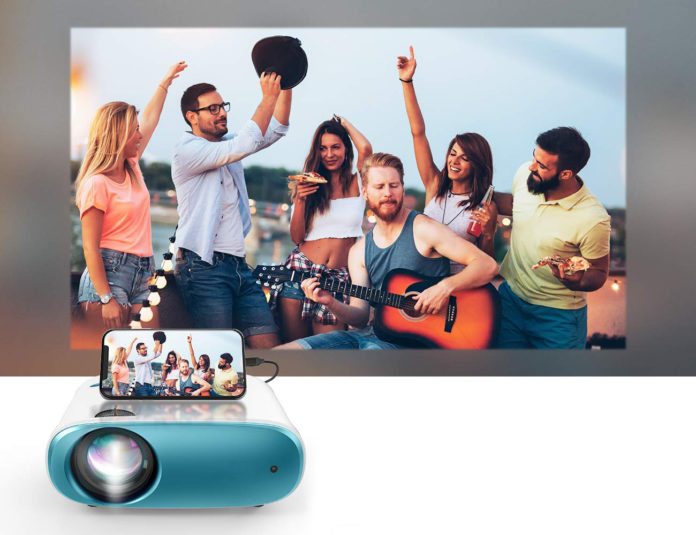 Human beings have long held the desire to project images onto various surfaces for entertainment or information. In the early days of projection, a lot of people did not understand what they had just witnessed and relegated it to magic or a religious experience. Many projectionists were not willing to share the secret behind their mysterious art. In this write-up, we shall take a look at the steady development of projection technology from the early days of shadow play in China to the modern-day mini smart projectors.

The earliest form of image projection was most likely based on shadowgraphs. There is no projection device involved. Later on, it evolved into shadow puppetry in many parts of Asia.

Camera obscura, also known as “darkroom” in Latin, takes place when an image on one side of a screen is projected through a tiny hole in the screen, forming an inverted image on a surface that’s opposite the opening. It was first implemented in China. The first recorded use of a lens in the wall or a closed window of a darkened room was in 1550. The camera obscura concept was eventually adapted into photographic camera designs.

They are the oldest known image projection objects. Originally cast in bronze, the mirrors contained a pattern and a mercury amalgam that was deposited over the front that was also polished. The pattern design on the back is visible in a projection as light is reflected onto a wall or surface. It is not possible to see the pattern with the naked eye.

These are hexagonal or round lanterns that contain cut-out silhouettes on the inside. The silhouettes are attached using a paper vane impeller. The images are then rotated using hot air from the lamp. In modern versions, brightly colored cellophane figures are projected onto nursery walls to entertain children.

First designed by Italian engineer Giovanni Fontana. It consisted of a light from an oil lamp or candle, which would be made to pass through a transparent case whose surface a figure is drawn.

Benedetto Castelli proposed the projection of images of the sun through telescopes. Later refined by Christoph Scheiner, these were called helioscopes.

These were first projection systems containing focusing lenses and pictures painted onto the surface of a concave mirror. It was meant to reflect light for communication over long distances.

The most basic designs consist of compound microscopes that utilize the camera obscura technique. Bright sunlight was required to provide clear and magnified images of transparent objects.

Low-cost projectors were first marketed as children’s toys. Limelight was utilized as a light source. Later on, halogen lamps took over. Overhead projectors found heavy use in the 1950s and 60s. In the period from the 1950s to the 1990s, slide projectors were mostly used.

In the present day, smart mini projectors are small, portable, and many times more complex than the original light devices of antiquity.

Projector technology has evolved over a long period into the complicated smart projectors of today. From the humble beginnings of camera obscura, we now have smart mini projectors with advanced aspect ratios and resolution capability, enabling us to watch movies in high definition.