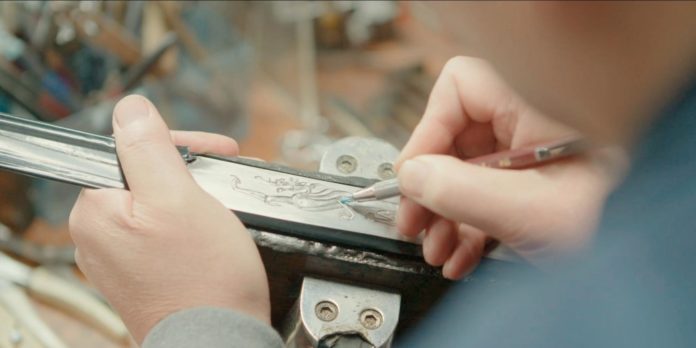 Before the invention of firearms, the blade dominated the warfare. Of all the legendary sparkling swords, feudal Japan’s Katana sword is the most famous. This can be linked to the fact that it was typically the official sword of the renowned Samurai warriors.

This article will enlighten you on the history of the noble sword, the Katana sword.

The first time the word Katana was used

The demand for a better blade

While there is no confirmed history regarding the swordsmith who developed and improved the Katana modifying it from a straight sword into a curved sharp-radiance.

Some parts of history acclaimed Amakuni from the Yamato Province was the legend swordsmith behind the transformation of crafting the first curve, single-edged, long sword.

Amakuni, a Handmade Swords Expert, was claimed to have noticed that many of the Samurai returned from the battlefield with broken swords, particularly during Mongolian invaders’ battle.

The samurai class was abolished during the Meiji era from 1868 till 1912. The only groups allowed to handle swords at this period were ex samurai clans, the police, and the military. This slump lasted for a short period as the Japan-Russia battle triggered sword production again. World war II also boosted swords’ production when it became necessary for all officers to wear a sword.

Due to the circumstances, the swords were produced quickly, so some properties were eliminated. The Katanas were not created using Japanese steel. This implied that the resulting swords were not crafted, and the standard was lower than the previous Katanas. These faster and cheaper approaches led to the advent of modern Katana.

Till today, the Katana is still famous. Although sword production has declined, notably after World War II as Japan agreed to stop weapons production, including swords. In recent times, there is the rebirth of Katana as there are now companies not only in Japan but all over the world that produces swords, particularly the Katana, as the demand rises. Unless stated otherwise, most Katanas today are produced using these techniques. If you wish to experience the real Samurai feeling, you need your Katana sword to be made by a Handmade Swords Expert. Then, you are a true Samurai.