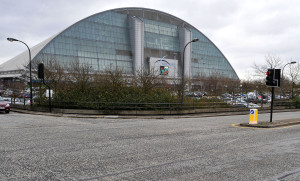 A cavalcade of interconnected zany Marvel adventures, po-faced DC Comics interpretations, cash-in licenses on big superhero names and more have taken billions upon billions in the last few years. Among other things, they even help to overshadow the previous instances of superhero movies.

This growing cycle has perhaps been understood by this project, which both welcomes and is repulsed by superhero movies, and the people within them. Led by a one-time superhero actor and gleefully trotting between the lines of what’s really going on, Birdman is an intriguing experimental piece.

Leading the way is Riggan Thomson (Michael Keaton), who is the former lead actor in the multi-billion Birdman movie franchise. 20 years after he turned down Birdman 4, he finds himself a has-been in need of a new direction. His attempts at doing so see him as the writer, director and star in a Broadway adaptation of a Raymond Carver short story.

Throughout the impressively designed sweeping single camera frame shot, we get a tour through the production and the cast. We see the introduction of prima donna alcoholic method actor Mike Shiner (Edward Norton), who is introduced following pressure from Riggan’s producer/lawyer Jake (Zach Galifianikis) after the initially chosen actor is injured – by Riggan – and recommendation from leading lady and his lover Lesley (Naomi Watts).

Riggan is also having problems outside the cast. His drug addict daughter and personal assistant Sam (Emma Stone) is on the verge of relapsing, while his girlfriend and fellow play star Laura (Andrea Riseborough) is convinced she’s pregnant.

Throughout this interaction, the scenes where Riggan is left on his own is usually followed by one the film’s keenest plot devices, with the deep gravelly tones of his superhero alter-ego Birdman mocking and taunting him, as well trying to encourage him back into his superhero costumes. It gives things an unnerving edge that is further accentuated by random acts of superheroics – indeed, the first full shot of this movie is of Riggan levitating in his dressing room.

His adventures are documented by an intriguingly inventive score played almost entirely on percussion instruments by Mexican jazz drummer Antonio Sanchez – which has disappointingly been disqualified from Best Soundtrack at the Oscars on a technicality.

Less likely to face issues in its goals of consideration by the Academy is the central performance by Keaton. His performance is tasked with managing together the alter-ego, depression, exasperation and panic attacks, while the actor he is portraying is still expected to deliver a good central performance on the stage in the play-within-the-play. To say he pulls this neatly together is to put it mildly. He is able to grapple with all of the required emotions, and nearly portrays the film’s heart of a man who is trying to hold a grand project together when he is falling apart.

One of the film’s interesting relationships appears between the two Riggans – Riggan the washed-up superhero ham who comes close to picking a fight with New York’s most influential theatre critic, and Riggan the superhero character. It plays off for some very impressive sequences that feel like they are both hallucinatory and actually happening.

The supporting cast are certainly excellent at giving him headaches when he’s not having it out with his alter-ego. Norton in particular is excellent in his role as an unhelpful presence with an ego bigger than the theatre doors. He also does well to help put in some of the funnier elements in this movie, and seems to almost delight in playing one of the film’s more obnoxious characters. There’s also a neat little play between Keaton and Stone, who play off one another in a twisted broken father/daughter relationship.

If there is one minor quibble, this film could be a little more funny and certainly in giving more belly laughs than smirks. But it is nevertheless still packing some laughs, and a very interesting analytical touch. It feels both sympathetic and obnoxious towards its leading man, his delusions of fame, and even the mediums of superhero films and Broadway theatre. As a result of the tightly coiled film that director Alejandro González Iñárritu has spun together, we have a piece where everything interlocks as extremely impressively as the camera shots are edited together to be, giving us a real cinematic delight.

How to Buy MT 2K23 from iGV Complete Guide

A Great Opportunity for Football Enthusiast

How to choose your cosplay character