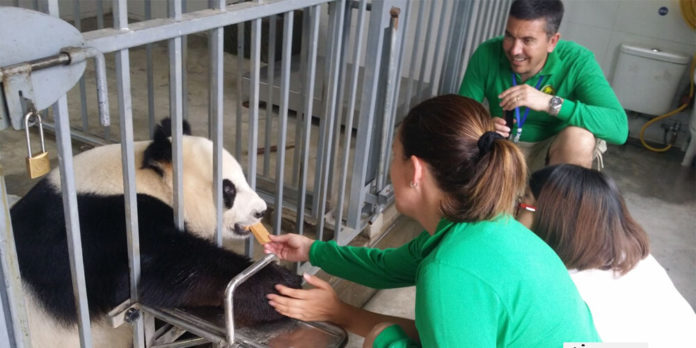 A panda tour can be a fascinating and fulfilling experience. You don’t have to be a big fan of pandas; you would get blown away by one panda tour. You need an itinerary with a detailed arrangement of the location, time, season, and recreational activities to get the most from your trip.

The best locations for a panda tour

Due to human activities, Pandas have become one of the endangered species as they cannot adapt to living in vast empty lands instead of their original bamboo plantations. By effect, their wild habitats have been restricted to the bamboo forests at Gansu, Shaanxi and Sichuan provinces of China. The largest panda habitats are the Qinling and Minshan mountains, which accounts for over 45% of its wild population.

A Panda Tour in China has to take place in one of four major locations; the Bifengxia Panda Base, Chengdu Panda Breeding, and Research Base, Dujiangyan Panda Base, and Wolong Panda Center. These are the best locations to get a once in a lifetime panda tour.

The Dujiangyan Panda Base and the Wolong Panda Centre are recommended for tourists who seek a deeper appreciation of these rare bears.

Best time and season for a panda tour

Pandas are usually referred to as ‘lazy’ because they spend a lot of time sleeping. It will be boring and somewhat disappointing to go on a panda tour only to watch sleeping pandas. Mature pandas sleep at noon, so tourists would want to make an early trip to catch them climbing, eating, and playing. They can also find them awake at late noon, say from 3:00 pm.

Most pandas mate between March to May, so expect many baby pandas between August and December. Autumn and spring can be the best seasons to go on a panda tour. In these seasons, the temperature feels best for the bears to climb and to play.

Fun activities to take during a panda tour

There’s so much more to do than to stare! Here are some suggestions for awesome activities to take on during a panda tour.

A picture with a beautiful panda will be cherished forever. Create a lasting memory as well as a fun experience by saying cheese beside a real panda.

Take up the challenge to support this endangered tribe. Signing up as a panda volunteer not only helps protect the bears but also adds excitement to your tour. Tourists get to learn more about pandas by getting close to them.

Care for a panda baby

You can get a rare opportunity to cuddle and care for a pink panda baby for an entire day by signing up for a cuddly panda nanny program.

A hike in the wild to trail wild pandas

Take an intriguing hike through the wild to see how many pandas could be spotted.

A panda tour can be a thrilling, once in a lifetime experience. But tourists have to be intentional about enjoying every part of the tour. Take your time to see the sights and enjoy the beauty you will find in the pandas home.

How to Buy MT 2K23 from iGV Complete Guide

A Great Opportunity for Football Enthusiast

How to choose your cosplay character