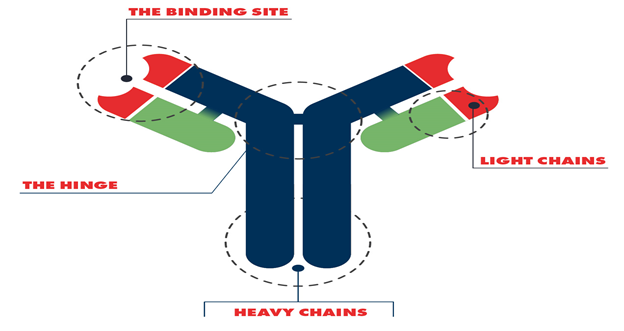 Antibodies are types of proteins that are produced by the immune system. The primary role of antibodies is to help prevent intruder agent from causing any form of harm to the body. The work of the immune system is to fight intruders like bacteria immediately. They are introduced into the body hence preventing illnesses. Another name for antibodies is immunoglobulins, and they travel through the blood as they are found in bodily fluids. They are also characterized by the fact that they are Y shaped molecules consisting of two polypeptide chains. They can be produced naturally or artificially for use as research tools. Companies like TheBiotek boast of antibodies as one of their primary products.

Antibodies are naturally produced in the body. They are a product of a type of white blood cells known as the B cell or the B lymphocyte. The B cells are produced from stem cells that are found in the bone marrow. Antibodies are developed when the B lymphocytes are activated in the presence of a specific antigen. The activation of the cells results in the transition of the cells into plasma cells. The plasma cells are then used in the production of antibodies that are specifically tailored for specific antigens. This process is essential in the humoral immune system.

The humoral immune system significantly relies on the circulation of the produced antibodies in different parts of the body where the said antigen is present. The flow of the antibodies is done through bodily fluids like blood. The antibodies then identify the antigens and counteract them. Usually, when the body detects an intruder, it takes up to a couple of weeks for the plasma cells to produce the required number of antibodies to counteract the intruder. Once the infection or the antigen has been successfully neutralized, the plasma cells reduce the production of antibodies, and a small amount remains in action. If the particular intruder strikes again, the response from the immune system is quicker.

Antigens are foreign bodies that are introduced in the body and cause harm to it. They come in the form of bacteria, viruses, and other incompatible chemicals. The antigens trigger a reaction from the immune system and the production of counteracting antibodies.

There are five main types of antibodies;

In immunization, an antigen is introduced into the body, causing the immune system to produce antibodies to counteract it. Once the antibodies are done with their work, they remain present in the body in case the antigens return. Immunization takes advantage of the antigens that stay in the body as a preventive measure for future illnesses like chickenpox.